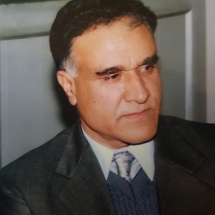 In the Human History, human evolution in all walks of life has progressed by leaps and bounds through the mesmerizing, magnanimous and magical medium of Education.

Education and literacy brought out Plato’s “Dark-cave” man to the glittering level of our present day Scientists, Academicians and Philosophers.

Education has been medium used by Prophets. Human being has ascended to moral and intellectual zenith through the medium of Education.

Imparting education has been and is most noble job.

Educationists and teachers, after parents, are the first and foremost torch bearers of the society. Darkness signifies illiteracy and glittering light represents Education and literacy.

The above prelude came to mind in view of reports which have appeared in a section of press. The editors of these newspapers, seem to be moralists, who want societal growth on sound moral principles. Some newspapers have adverted their attention to a subject of great public importance. Even editorials have been written.

Many people responsible to the society, in view of change in value system, have put the “Education and our children” on back-burner.

Providing quality and good education to children has to be foremost concern of every conscientious person.

To make a home, a society, a nation better place of living for all, we have to give education and health of people top most priority in running our societal affairs. “The Fee Fixation and Regulation Committee” is one cob-web in the wheel of State.

A practice, rather abominable, detestable and abhorrent to the moral values, in the field of education has been charging of “Admission Fee” by some private schools while admitting a child on their rolls. By charging “abominable fee” on an available berth in the school, is in literal terms putting a price tag on the “Class Seat” and which price is paid by both willing and un-willing parents. This transaction converts a noble mission into commercial one.

One of the evil fall outs of such activities has serious adverse impact on society. Some people in order to pay “Hefty Admission Fee” must be amassing wealth by adopting all kinds of illegal means. The good economy of the State, thus gets converted into bad economy. Yet another fall out of this deplorable practice is depriving quality education to the members of marginalized section of the society.

Money power thus creates two unbridgeable classes in the society, and in the process we create a society where “Jungle Laws” prevail.

The Courts and State have responded to this burning issue by passing orders and legislating laws respectively.

The admission fee is specifically barred by statutes.

Some schools who had charged admission fee, in pursuance to orders of Fee Fixation and Regulation Committee (FFRC)(Order No 03 of 2020, Dated 13 November 2020) have returned the amount to the parents. It is hoped that school authorities will stop the abominable practice of charging of admission fee or shall have to suffer the penal consequences. It is hoped that where school managements have charged admission fee and parents have not complained to FFRC, will return the amount so charged to the parents.

Fee Structure of schools will be regulated on the well established principles of Justice, Reasonableness and Equity.